Some of the guests invited to ground breaking ceremonies
(Story by Aaron Ogg, Grand Rapids Press, May 4, 2010)). Brent Beuschel looks to reap the fruit of relationships he sowed as a farmer with his new funeral home.

The 28-year-old Sparta man aims to serve bereaved families that live near "The Ridge," a premiere West Michigan agricultural region, with a planned mortuary southeast of M-37 and Six Mile Road NW.

Beuschel Funeral Home is expected to open in October. A groundbreaking event was held today at the future site, 5018 Alpine Ave. NW.

"Alpine is definitely an area that's really growing," said Beuschel, who grew up on a Sparta dairy farm. "I figured I wanted to give back to the community."

Plans call for a 7,222-square-foot facility on 4-1/2 acres. A fellowship hall will seat 50, Beuschel said. Three chapels will accommodate a combined 300.

A landscaped area along Strawberry Creek will offer mourners privacy, he said.

Beuschel is launching his own outfit after working for Arsulowicz Brothers Mortuaries Inc. for three years as an accredited funeral director. His great-great grandfather, Fritz Hayward, ran a Casnovia-area funeral home starting in the late 1800s.

He's counting on his community connections and heritage to sustain his business in a $12 billion per year industry seeing dwindling profits.

Profits per funeral have dropped from nearly 12 percent in 1984 to about 6 percent in 2008, according to the Brookfield, Wis.-based National Funeral Directors Association.

NFDA spokeswoman Jessica Koth attributed the slide to increased costs and changes in consumer habits. Cremation was the method of disposition in about 36 percent of deaths in 2008, she said. That's up more than 12 percent since a decade earlier, and up about 33 percent since 1960.

"There are many reasons for (the change), not the least of which is religions are becoming more accepting of cremation," Koth said.

Filling a need in an underserved area should buoy Beuschel's business since the closest funeral homes are in Grand Rapids, Rockford and Sparta, he figures.

A childhood tragedy helped shape Beuschel's views on mortality. His father, dairy farmer Greg Beuschel, died in 1988 after being struck by a vehicle while checking the mail.

"That experience at least got me to realize how important life and death is, and how it can transform and change your outlook and perception of how you go through each day," Beuschel said.

"That's probably the most important thing a family goes through is someone's death on earth." 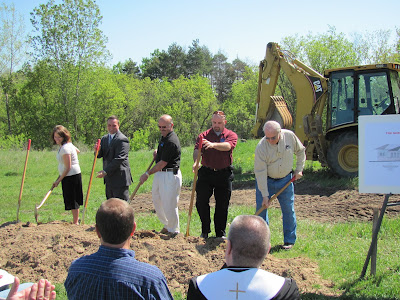 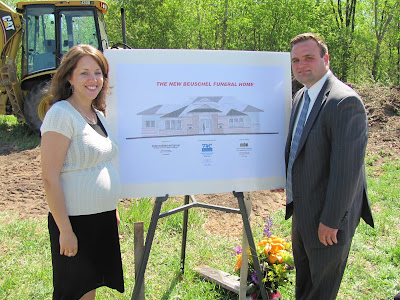