Veteran Alpine Township firefighter Jerry Roersma Jr. has retired after serving with the department for 30 years.Roersma began serving as an Alpine Township firefighter in 1980. He was soon placed in charge of the Rescue Squad, and in March 1999 he was promoted to deputy chief.He served as deputy chief until December 2003, when he resigned that post to devote more time to his church activities. He continued as a firefighter for another seven years. Even though he is now retired from the department, he will continue to serve with a new title, as a volunteer chaplain.“Jerry has served our community well as a professional firefighter,” said Alpine Fire Chief Ron Christians. In his new position as chaplain, Christians said, “Jerry will be available to provide help and assistance to department members as well as the general public. Everyone’s life passes through some type of crisis zone, and Jerry can bring guided assistance.”Roersma continues to be employed at Walker Tool and Die. He and his wife, Sue, plan to spend more time visiting with their family. (From Advance Newspapers) 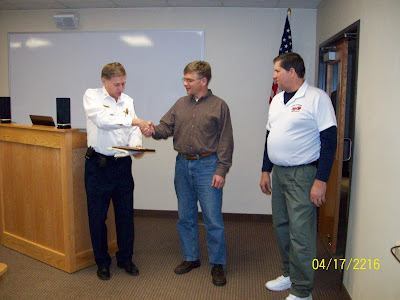 One of the many barns in Alpine Township