One of the signs of Spring each year is the return of soccer at the Alpine Township Sports Complex Sundays.  Today the main field was host to a tournament for both men and women teams in the West Michigan area.  More games are scheduled until the regular season starts towards the end of May. 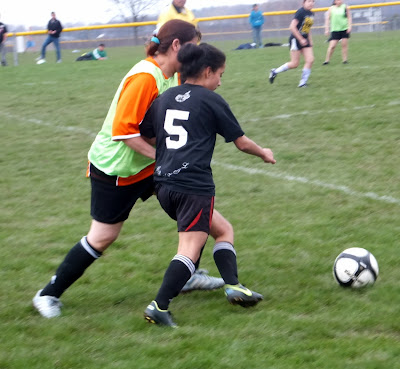 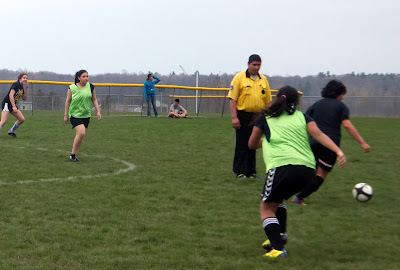 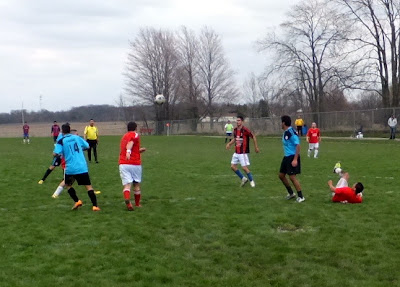 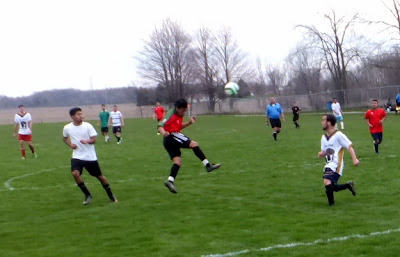 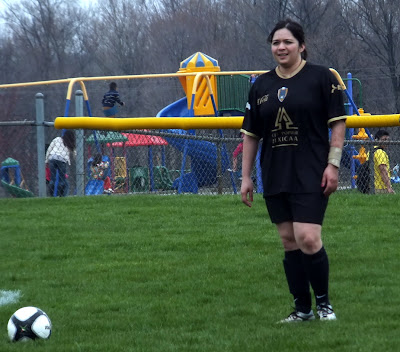 Sunday evening ended with attending a fundraiser for the Comstock Park Relay for Life.  Chef Jenna Arcidiacono owner of Amore Trattoria Italiana restaurant hosted a crowd of over 80 hungry supporters of this project which raises funds and awareness of cancer.  The project was chaired by Dawn Swafford.  The program is part of a month long celebration and awareness campaign in the fight against cancer.  May 6 -11 will see Comstock Park paint the town purple, and Friday May 10 has been declared Paint the Town Purple Day by both Alpine and Township Townships.   Everyone is encouraged to wear or display Purple this year.  Following this, Comstock Park Relay for Life is scheduled for May 17 and 18th at Comstock Park High School. 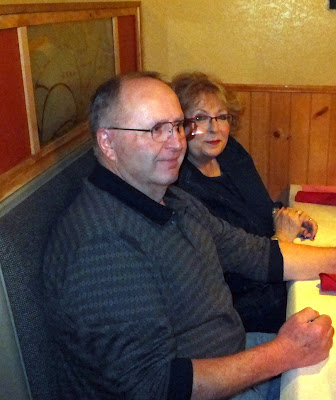 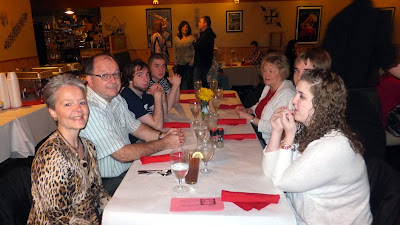 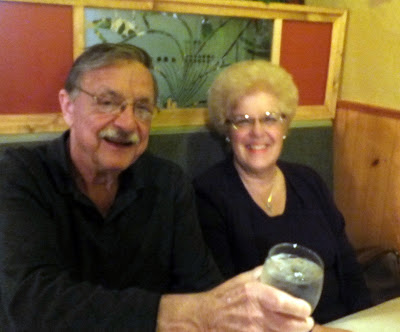 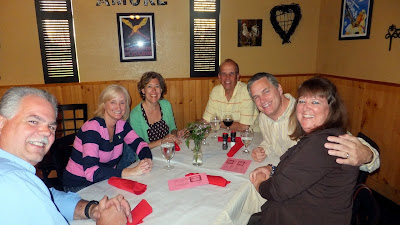 Jim and Donna Mikula are the owners of Four Season's  Yard & Sports Equipment in Comstock Park and they share a passion.  Their passion is eradicating Huntington's Disease and bringing awareness to this terrible disease. Jim Mikula is well aware of the disease which has claimed the lives of six of his siblings.

Huntington Disease is inherited and causes certain nerve cells in the brain and central nervous system to degenerate. Loss of these nerve cells causes symptoms such as behavior changes, unusual, snake-like movements (chorea), uncontrolled movement, difficulty walking, loss of memory, speech and cognitive functions and difficulty in swallowing. Treatment aims to limit the course of the disease. There is an adult-onset Huntington’s Disease (HD), which is most common and usually develops when a person is in the 30’s and 40’s. There is also an early-onset form which begins in childhood. HD is an autosomal dominant disorder, meaning that if one parent has HD, you have a 50% chance of having the disease—and if you inherited the gene, you will develop the disease and can pass it on to your own children.

Over time, HD affects the individual’s ability to reason, walk and speak.

One way the Mikulas are bringing attention to this dreaded disease is by sponsoring Lawnmower races in Sparta Michigan and becoming involved in other races nation wide.  Jim and Donna sponsor a Lawnmower Race in Sparta each year that draws national attention. Recently an award winning movie was produced covering the sport, and with it, awareness to Huntington Disease.  Their son Jayson won a number of National Championships.  The event has raised over $100,000 for the Huntington Disease Association of America, and the Mikulas are modest to point out that every donation for the event is turned over and that the entire cost of the race is covered by them.

Last Thursday they brought their program to the Comstock Park Rotary.  In addition to donating, we can all help victims of H.D by supporting the The Huntington's Disease Parity Act is  If enacted into law, it would make it easier for people with HD to receive Social Security disability and Medicare benefits.  Please contact your congressman.

More information can be found at  http://www.hdsa.org/new-to-hd-1/new-to-hd.html.

For those interested in the Lawn Mower Race, it occurs the third Saturday of May at the Sparta Airport.

Liquid Gold on the Ridge

Eleven sugar shacks competed for the honor of producing the"Best on the Ridge" maple syrup as there product was judged at the 4th Annual"Best on the Ridge" Maple Syrup Contest held Sunday at the Alpine Elementary School in Alpine Township.

Celebrity judges Buck Matthews, Bob Becker and Penny Weller were on the receiving end of a sugar high but were well enough to declare the Umlor Family with Joe Dietrich from Conklin as this years winner.  The Umlors and Dietrich were runner ups in 2010 and 2012.

The audience of about 80 people had the opportunity to sample the individual products on pancakes skilfully prepared by Rick Cederholm and and Mary Tanis.

While the judges were busy, everyone was entertained by Davis Stuart O'Neil, a Grand Rapids native who demonstrated his skills not only playing  various bagpipes but also all types of flutes, native and European.

Some of the producers made product available for purchase.  All said this had been an excellent year for production.

The program is sponsored by the Alpine Township Historical Committee.

The rain subsided quite a bit Thursday afternoon but it is hard to predict how much more rain will fall over the next several days.  As much as 5 more inches could fall which could result in more roads being washed out or living quarters being flooded.

Volunteers of the Red Cross are prepared to serve victims of the flood throughout the greater Grand Rapids Area and one of the places where shelter is offered is Alpine Baptist Church on the corner of Alpine Ave and 7 Mile Road in Alpine Township.  The Comstock Park area is always one of the hardest hit when floods occur, particular homes near the Grand River.

Representatives of the Michigan Red Cross were prepared and ready to serve any residents displaced by the flooding, but were encouraged that as of 6:00 P.M. nobody had to take advantage of their services.  Meals are made available by the Salvation Army. 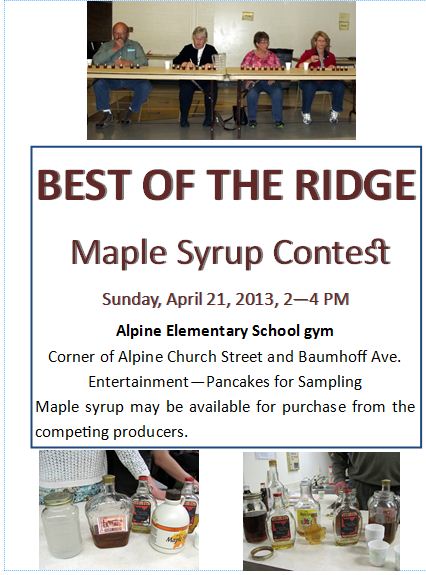