Baseball and soccer drawing to a close for the year 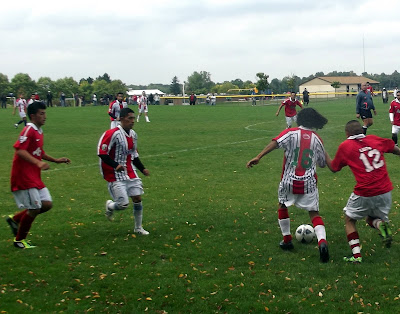 Alpine Historical Museum Gets a Facelift

The Alpine Township Historical Museum at 2408 7 Mile Rd. NW  recently received a fresh coat of paint.  Below is a picture of the front door as it looked when the building was first converted to a museum. 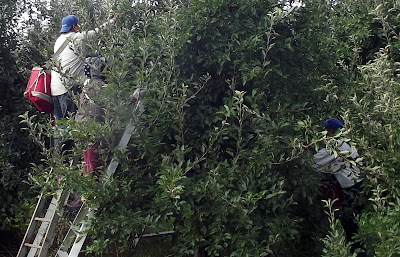 Fifth Third Ball Park Vice President of Sales Steve McCarthy was the guest speaker at Thursday's meeting of the Comstock Park Rotary Club and updated the members with what was coming up at Fifth Third Ball Park, located at 4500 West River Road in Comstock Park.  He alerted toe members of the home opener on Monday, April 9th 2012, less than 7 months away.  He discussed how there are more special events held at the stadium each year than there are White Caps home games.  He also talked about the numerous fund raising opportunities that are available through both Fifth Third Ball Park as well as the White Caps.
In addition to some other business, president Dick Woodward was proud to be able to induct Jim Olsen, the Manager of the local Sam's Club into the organization.
at 7:01 PM No comments:

About a dozen property owners showed up at the Alpine Township Hall Tuesday night to learn more about an upcoming public works project that could begin as early as next month.  Engineers from Prein & Newhof were on hand to give a brief progress report on the replacement of the main sewer trunk along Strawberry Creek.  Those in attendance had the opportunity to look at construction design on each individual property. A more up to date construction schedule for work on Strawberry Creek and York Creek this upcoming year is expected to be available by the end of October. 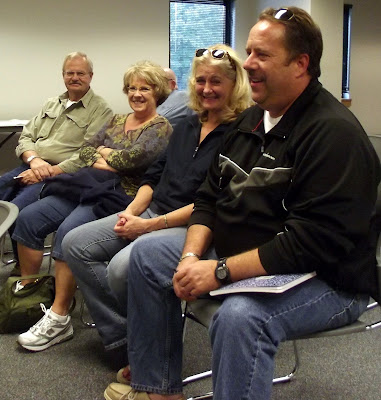 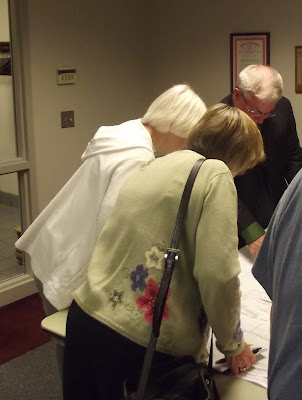 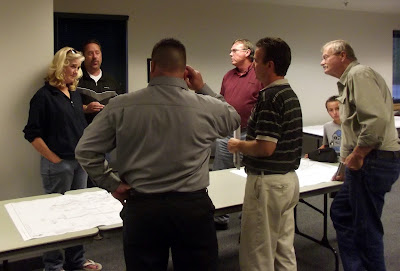 On Sunday the Kent District Library hosted its Third Farmworkers Fiesta at the Alpine Township Sports Complex located at Alpine Church Road and Baumhoff Ave. NW. The main purpose of the program is to entice Spanish reading youth and adults to take advantage of th many things the Kent District library offers them.  About 350 people were reached directly.  Kids were entertained by Katie the Elephant and Purdie the Clown.  There was free eye screening for kids provided by the Comstock Park Lions, and the Grand Rapids Public School's "My Choice" English Language Learner's Program had a booth also.
﻿﻿ 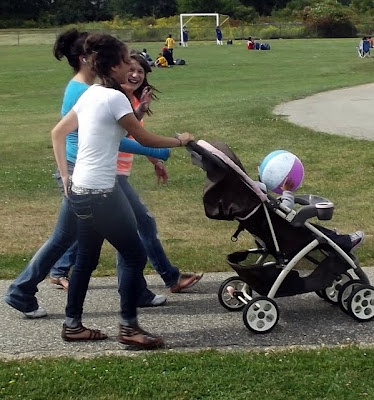 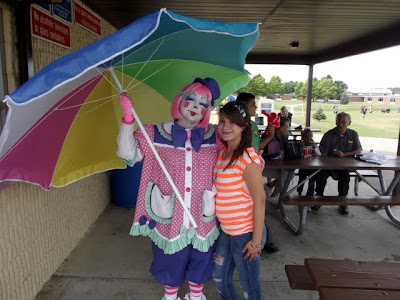 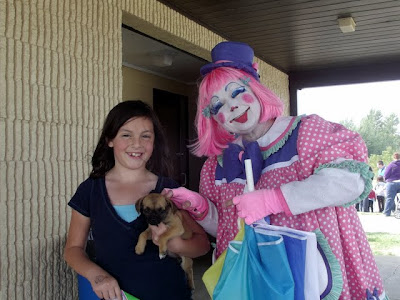 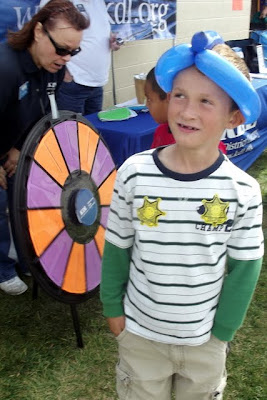 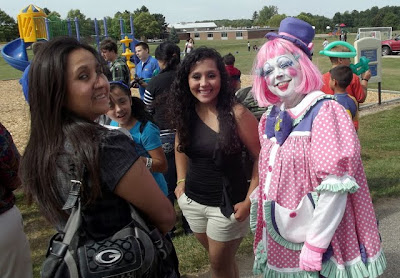 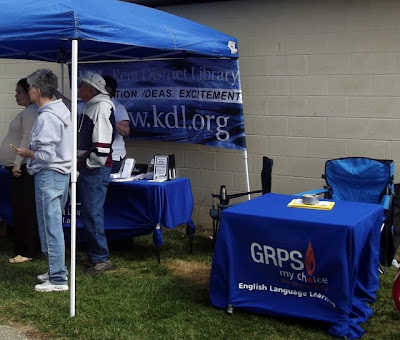 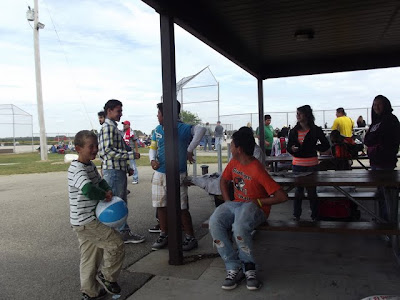 The Kent District Library (KDL) in Alpine Township offered it's residents to participate in a science fair.  While the program was geared towards youth, parents and volunteer staff had just as much fun doing some of the offered experiments. 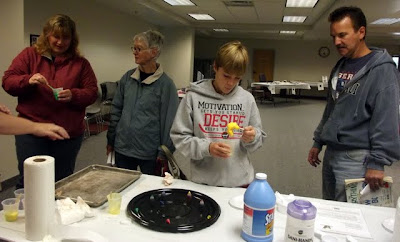 There is a travel version of that nightmare where you haven’t studied for a test, and there you are, preparing to take it. It’s when you're leaving on a trip abroad and suddenly realize you don’t have a passport.  About 25 people took advantage to avoid that real-life nightmare by stopping in at the Alpine Township Center Saturday to apply for a passport without having to make an appointment.  Alpine Township was  one of only two local communities to participate in National Passport Day.   Treasurer Jim Townsend's office was open from 10:00 a.m. until 3:00 p.m. to help  ease  the process for those who can’t show up on a weekday.  Participating in this national program for the first time, this program can be called a great success.
﻿
at 8:59 PM No comments:

Alpine Township firefighters conducted a training excercise Saturday morning that could just as well have been a response to a live fire.  Property at  4343 Alpine Ave NW scheduled for demolition was deliberately burned as an excercise for firefighters.  First the detached garage was burned with no or very little damage to the house or the surrounding brush and trees..  Folllowing that, the actual house was burned to the ground.Following are some pictures. 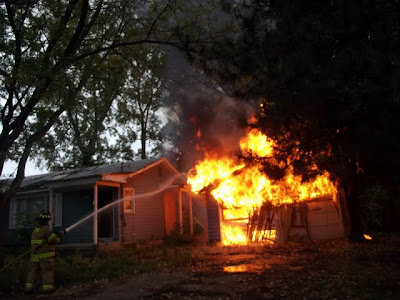 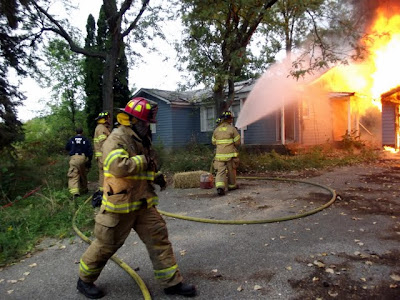 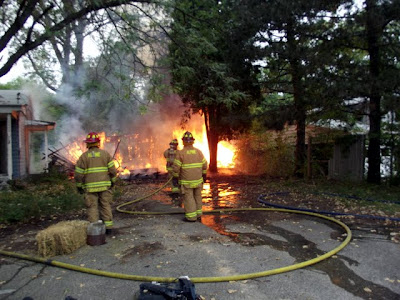 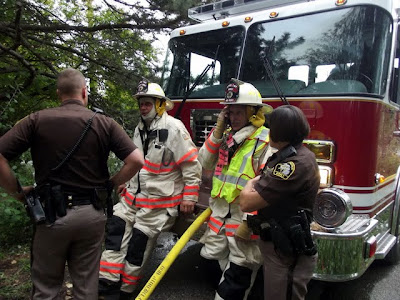 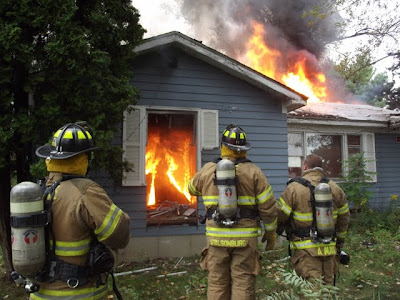 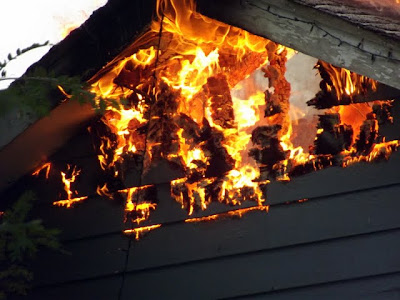