The soccer season is in full swing at the Alpine Recreational Complex. A special fiesta was held Saturday. with music and great food, and a special soccer game between select players of La Liga de los Imigrantes and a team of Guatamalan players. (Unfortunately, team Guatamala won 4-3) 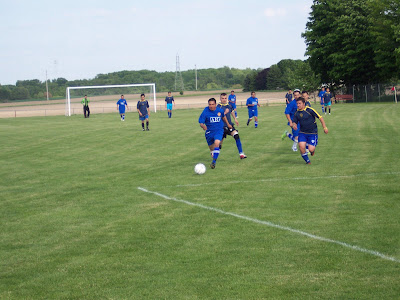 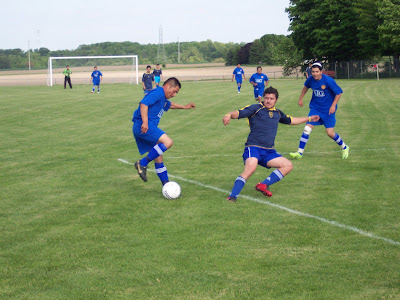 Some fancy footwork by team AIG 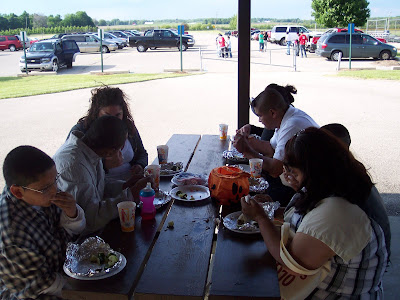 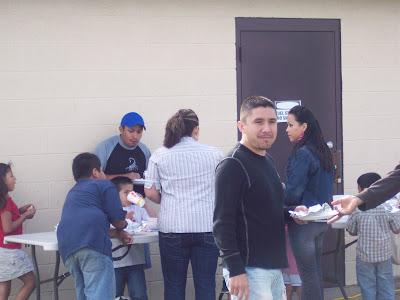 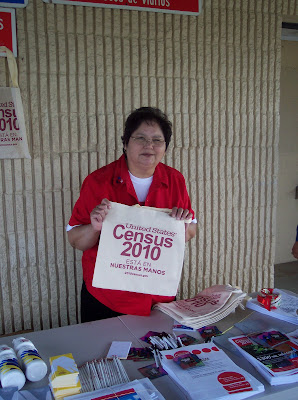 Mary Cleveland, Partnership Specialist with the US Census Bureau
The U.S. Department of Commerce 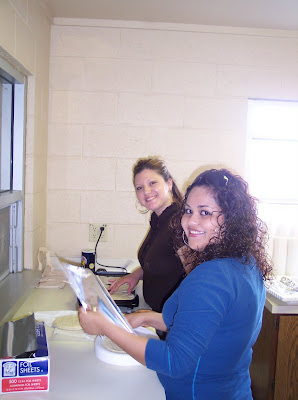 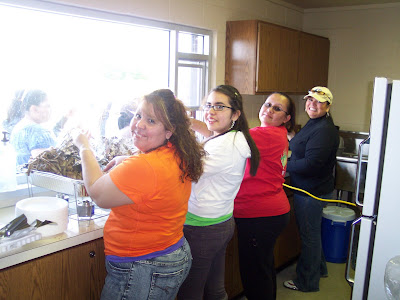 Dishing out the Food 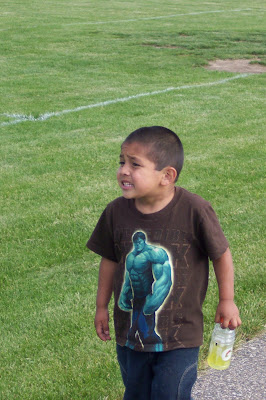 One of the futbol critics
at 8:33 PM No comments:

Clean Air Action information will be on display at the Alpine Township Center, 5255 Alpine Ave. NW, during regular office hours from Tuesday June 1 – Monday June 8. The information is made available through the Grand Valley Metropolitan Council, which has been involved in the Ozone Action Program since 1995. On January 26, 2009, the program was re-launched as the Clean Air Action program. The new Clean Air Action program includes a public education campaign for ground level ozone pollution and particulate matter, as well as Clean Air Action Day notifications when either pollutant is expected to reach or exceed levels that are unhealthy for sensitive groups (USG). In addition to the display, there will be promotional materials for kids.

The Township Center will also have several paintings of local artist Sheryl Budnik on display. These paintings are part of a collection recently exhibited at Keeler Galleries, and feature painting of Alpine Township scenes. (“On the Ridge”) These paintings will be exhibited from Tuesday May 26 through Friday June 26.

These displays and exhibits are for your enjoyment, so please stop in anytime during normal office hours (8:00-500) and spend a few moments with us.

Psalm 121: “I Lift up my eyes to the hills”
Following a brief ceremony, the names of each veteran buried in our cemeteries will be read. This is a salute to the service commitment these individuals and their families gave to protect the freedoms and liberties that we enjoy each day. Every one is invited to attend. If you would like to verify that a veteran is on the list of names, please call Jean at the Township Offices at (616)
784-1262. Please bring lawn chairs.

A ribbon-cutting and dedication ceremony for the Comstock Park spur of the White Pine Trail took place today behind Lamoreaux Drugstore on West River Drive. The trail spur runs from Fifth Third Ball Park, behind the Comstock Park shops, to North Park Street with one interruption at Mill Creek Drive. The former rail bed was rehabilitated after the Comstock Park Downtown Development Authority in 2006 bought the land for $100,000 from the Norfolk Southern railroad. A 99-year lease was negotiated with the state Department of Natural Resources, which owned the right of way. Repaving, along with the addition of lights, landscaping and a patio with public seating near the ice cream shop, cost $900,000. The DDA paid for almost all of it, with Plainfield township kicking in some. Although the trail does not cross into Alpine Township, it is only yards away from our border, and readily available to Alpine Township Residents. (Some of this information provided by Ron Cammel, The Grand Rapids Press) 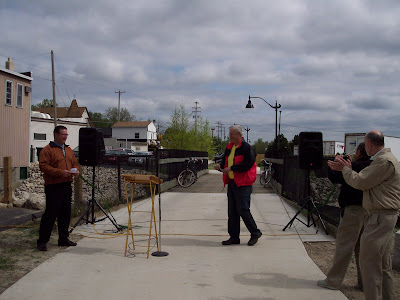 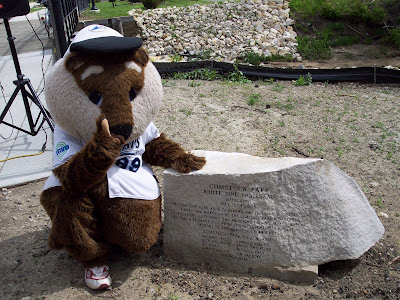 Crash was there representing the West Michigan White Caps 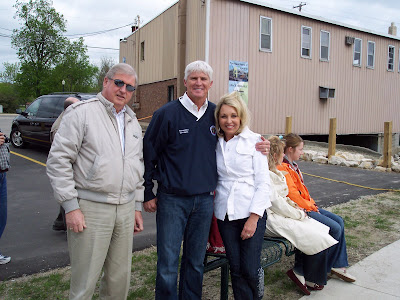 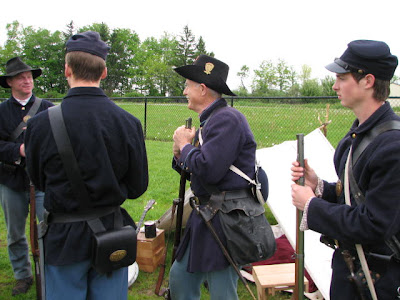 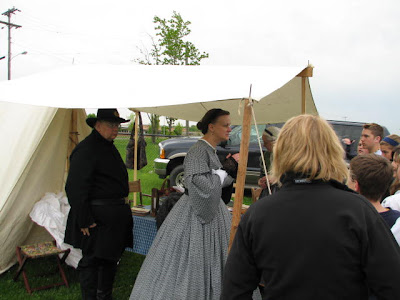 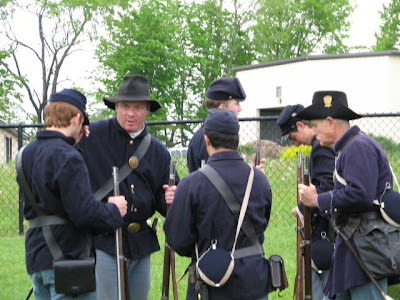 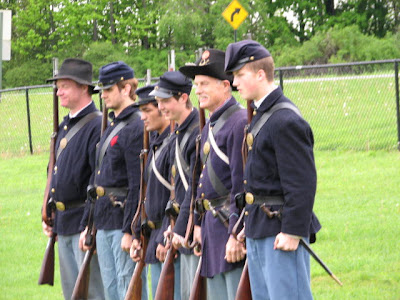 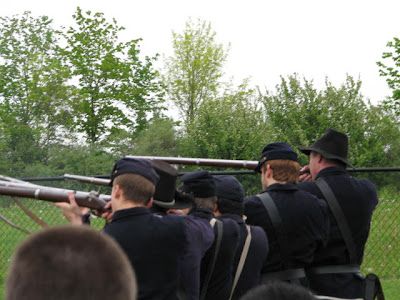 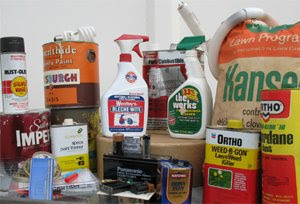 Alpine Township, in cooperation with the Kent County Department of Public Works, will collect household hazardous waste from its residents this Saturday, May 16th, 2009, from 9:00 AM until noon, directly behind the Township Hall at 5255 Alpine NW. This program is for residents only and ID is required. More information about acceptable products can be found here.
at 7:59 AM No comments: 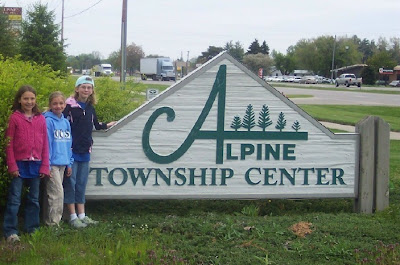 Three fourth graders from Dutton Christian School participated in a road rally, and one of their scheduled stops was the Alpine Township Center. The staff was honored to have such distinguished visitors stop in.
at 5:58 PM No comments: 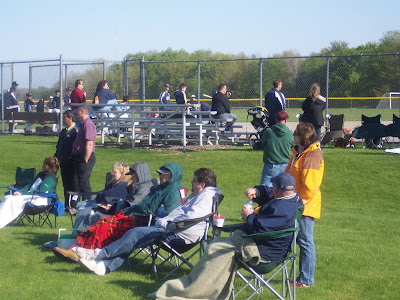 A little cold in May but still plenty of folks on hand enjoying a baseball game
at the Alpine Township Sports Complex on Alpine Church Rd. and Baumhoff 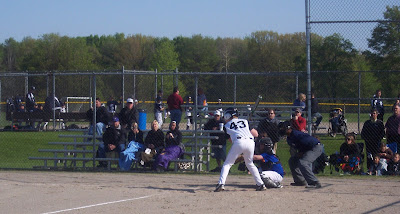 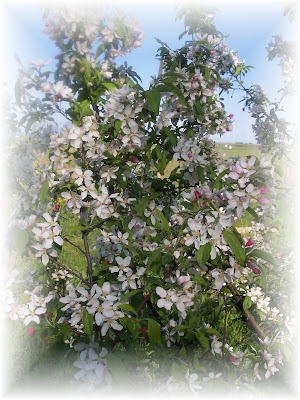 Can't get enough of the apple blossoms. 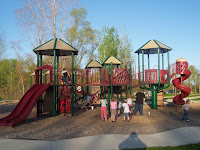 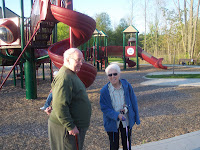 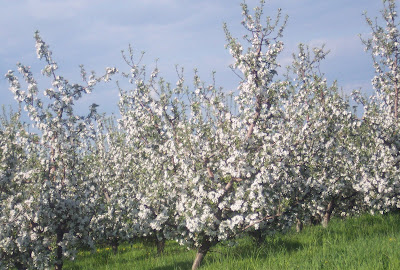 Cllck on photos to enlarge

Sunday, May 17 Alpine Township Historical Commission Open House
Alpine Township Historical Commission invites everyone to come and enjoy our Museum. Displays are changed often, so if you have been in the museum before, come and look at what is new.
If you have any military pictures that you would like to add to our extensive collection, please bring them and any information you have on the person who served our country. We can scan the photo/s right there and send it home with you! Our goal is to include every person who served our country on the military wall.
Doors open at 2 p.m. Admission is free and refreshments will be served. The Alpine Township Historic Museum is located 3 miles west of Alpine Ave., at 2410 Seven Mile Rd.
Father's Day, June 21
The third Sunday of June is always Father's Day, so we do not hold an open house. We encourage everyone to consider a way to honor their father. If you are having a family gathering and there are 4 generations present, please take a photo and share it with the Alpine Township Historical collection of 4-generation photos. Call us at (616) 784-1262 to make arrangements to share your photos. You are invited to our office at 2015 Seven Mile Road to see our collection of 4-generation photos from families in Alpine Township.
Sunday July 19 and August 16
Many people are off on vacations during the summer, but if you are in the Alpine Township area and would like to look into your family's history, stop in at the Alpine Township Historical Commission's office at 2015 Seven Mile Road. A member of the historical commission will be on hand for anyone who would like to do research on their family from Alpine Township. In our office, we have military records, family histories written by family members, some township church records, books on how to do family research, census records, old photographs, school photos & records, birth, marriage and death records, plat maps of the township and new clippings concerning the township. The doors will open at 2 p.m. If you wish to come at a different hour, please call the township offices and let us know: 784-1262.
Sun., Sept. 20 Former one-room School reunion
This year, the former one-room schoolhouse reunion sponsored by the township historical commission will be with Englishville School students! All former students and their families are invited. If you were a student of Englishville School, please call the township (616-784-1262) and give us your name and address so that you can recieve a written invitation to the reunion. Please go through your old school photos and bring them all to the reunion. A group picture will be taken and made available to those who would like one for a donation to the historical commission. Please call today, as we are starting to make plans for the September reunion! We look forward to seeing everyone again!
at 4:51 PM No comments: