The Alpine Township Fire Department took some pictures that reflect some of the life threatening situations they get involved in. Alpine Township has over thirty (30) dedicated on call firefighters, often unheralded heroes of our township. 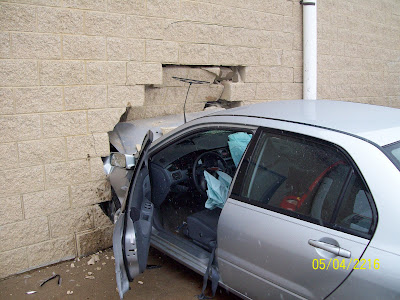 This driver must have thought she was at a drive through but it was actually a Seven/Eleven store. 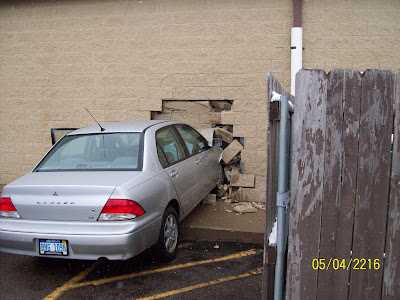 Please ignore the dates on these pictures, they're as goofy as this scene 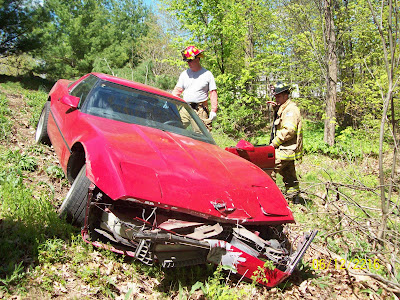 This Corvette was taking a shortcut through the woods but you can't go through trees and expect to keep going. 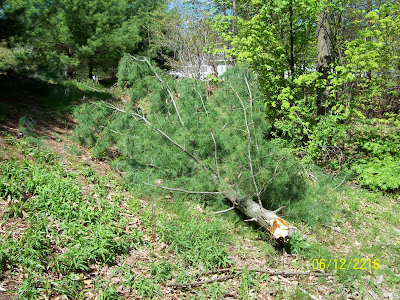 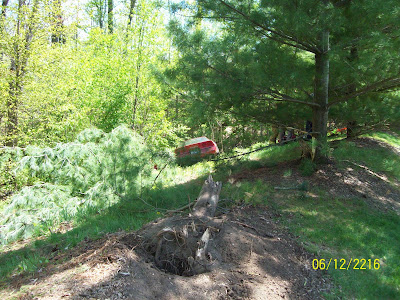 .......not a Tornado, but a Corvette On Monday April 26 2010 at about 4:00 PM, firefighters were dispatched to a structure fire on 9 Mile NW. Upon arrival they immediately began calling for mutual aid based on the amount of fire at a cement block structure. There were multiple propane tanks exposed to the flames and the fire spread to grass and woods. Nine Mile road was temporarily closed. There were no reported injuries and as of this date cause of the fire has not yet been determined, Remnants of the structure after the fire 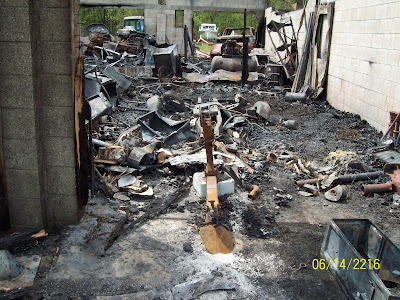 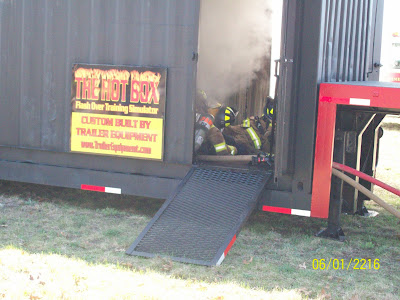 A few more pictures of the flash-over simulator training attended by some of our fire fighters. 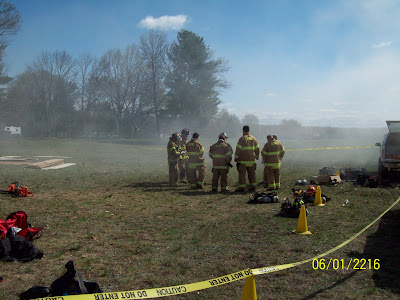 You dont have to see their faces to recognize how exhausted they are
at 7:07 PM