The Comstock Park Rotary Club was pleased to be able to play a part in the District 6290 Rotary Convention hosted by the Grand Rapids Rotary Club and District 6290 Governor John Salan (GR Rotary Member) for the 2010 District Conference, May 13th through the 16th. Conference activities are taking place in the historic Amway Grand Plaza located on the scenic Grand River in beautiful downtown Grand Rapids. Hundreds of Rotarians gathered for training and fellowship. A dozen Comstock Park Rotarians attended Friday's lunch and hosted a booth to promote World Wide Immunization in an effort to irradicate polio word wide. 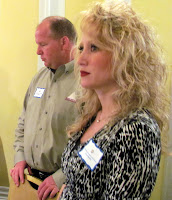 After Friday's program, members had the opportunity to enjoy a White Caps ball game at Fifth Third Ball Park right here in Comstock Park. Members were transported by bus to the ball park but made a stop at Grotto Park first, where they were greeted by members of the Comstock Park Rotary Club, which sponsored the $300,000 renovation project of the park located in North Park adjacent to the Veteran's Facility.

Comstock Park was also the only chapter to host a booth at the ball park, displaying Grotto Park and announcing Phase II of the project, which is an $80,000 fund drive to make further restorations to the facility. Those who attended had a great time and got a great taste of Grand Rapids, West Michigan, and also Comstock Park. 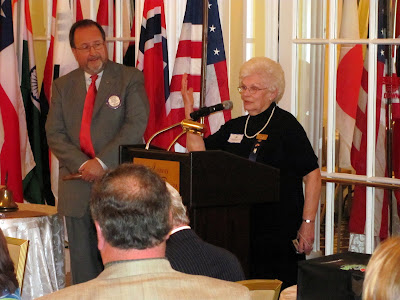 Sharon Steffens, Past Alpine Township Supervisor and incoming president of the Comstock Park Rotary Club, explainining the Purple Pinky program at the general assembly at the Amway. 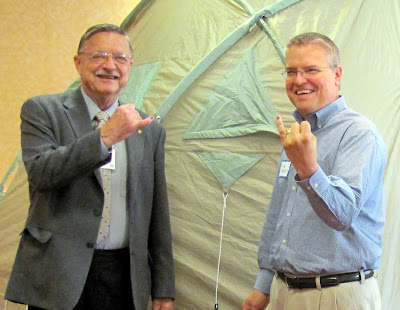 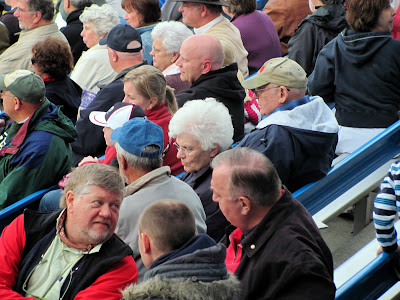 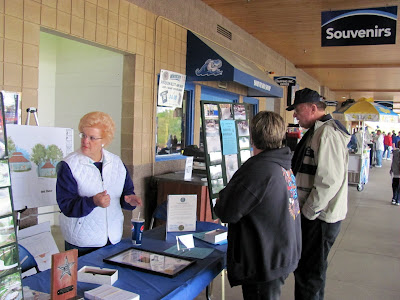 There was a large delegation from Norway and several representatives from other countries many countries including Afghanistan, Thailand, and the Philippines.