Inagine that.  That was the name of the movie starring Eddie Murphy that was played on a large screen at Dwight Lydell Park.While the movie started at dusk, there were many activities for children that started at 7:30. PM.  The games and the movies were presented by Wedgwood Chrtistian Services.   About 200 people attended.  Many Alpine Township residents expressed their hope to see a repeat next year. 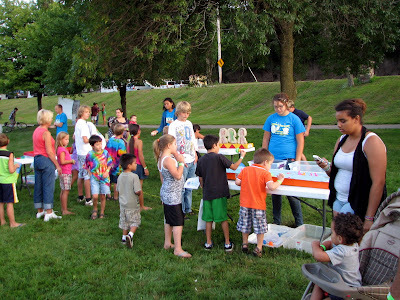 There were plenty of games and prizes for the kids 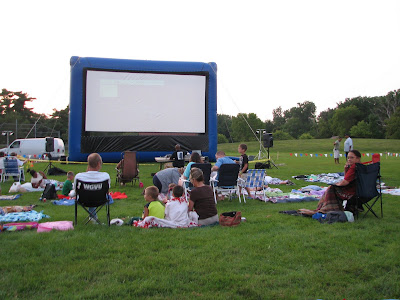 The movie was viewed from a large inflatable screen. 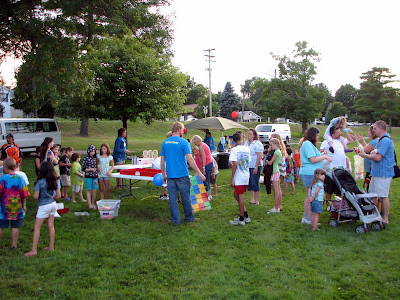 A great time with family, neighbors and friends
It was a great night to spend with family, friends and neighbors and kids and parents received a special message.  The theme of the program was Drug and Alcohol Prevention, and that message was delivered through announcements, audience participation, and information packets.
at 11:45 PM