Today was Rotary Chicken Day at Dwight Lydell Park and you couldnt't have asked for a more beautiful day.  The Rotarians set up their tents and equipment, warmed up the coals, but there was only one problem.  No chicken!  Somehow the order had been misplaced leaving the Rotarians in a tough spot.  Somehow the Rotarians were able to procure enough frozen chicken breast fillets, leaving about six hundred regular customers very happy (and healthier!).   Next year, it will be back to regular world famous Comstock Park Rotary chicken halves. 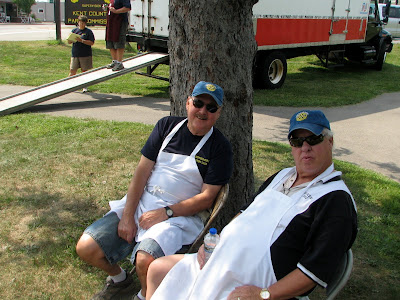 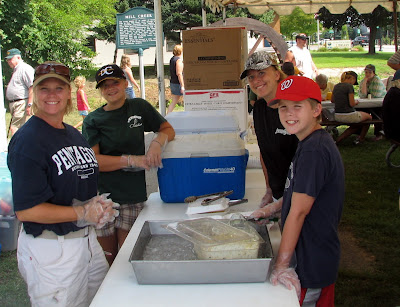 Some of the future Rotarians helping out today. You have to meet these fine people before making a negative comment about today's youth. 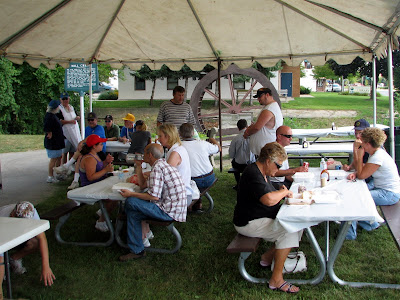 Some of the Comstock Park Rotary Supporters One of the supportive couples seen at almost all Rotary fund raisers; former Kent County Commissioner Fritz Wahlfield and his wife Marlene. 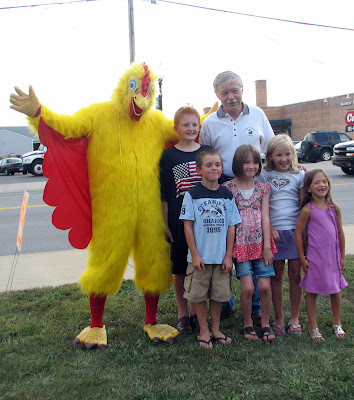 The now famous Comstock Park Rotary Chicken himself, with Alpine Township celebrity Meteorologist Bill Steffen and new found fans.  The chicken was in fear of her life earlier when Rotary members discovered that their originak order of chicken had been misplaced and they were looking for other sources.
The Rotary was very pleased to have special music in the park provided by "The Sensational Gospel Tones"  The Sensational Gospel Tones were formed in the 1960s.  One of the original members and organizers of the group, Alfred Charleton, still plays and sings  in the group today.  Alfred was also known in the late 50s for organizing the first black softball team in the Grand Rapids area.  The team was known as the Kleiman Rockets.
The Sensational Gospel Tones started out singing for nursing homes and churches in the area, and eventually started performing in the southern United States.  One of their Albums, "God Did It" was on top of the charts not onloy in the United States but also in Australia, France and Belgium.  At one time they hosted the Sensational Gospel Tones Inspirational Hour on WFUR Radio. inspitational hour  The Group has been very active performing for various non profit groups, and causes, and have taken their music to the streets of Grand Rapids to fight drugs.
The Comstock Park Rotary has invited the Sensational Gospel Tones back for a celebration planned at Fritz Wahlfield Park later this year.
The Sensational Gospel Tones also hope to have a celebration of their own, their 50th anniversary, hopefully at the Wealthy Theater in Grand Rapids.  They are asking for donations and/or sponsors to support them. 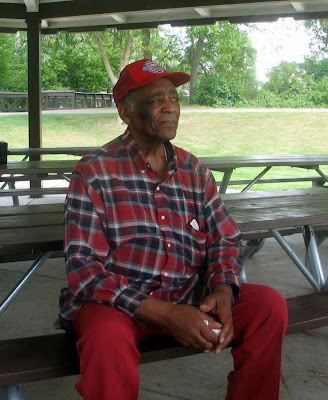 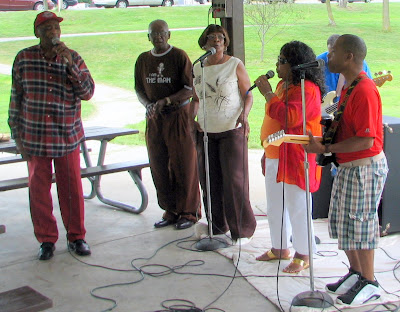 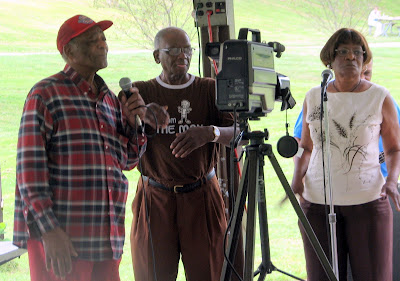