Shop with a Sheriff at the Alpine Township Walmart

To be escorted from Walmart in a patrol card by the Kent County Sheriff's Department is usually not something to brag about, but to be escorted in a patrol car to Walmart....now that turned out to be a real treat for about 50 children this early Sunday morning.  It was all part of the Kent County Sheriff's Department's "Shop with a Sheriff" program.  Over 50 kids met at Sam's Club's parking lot and paired up with a deputy or officer of the Kent County Sheriff's Department  and were transported by vehicles with lights flashing and sirens blaring to the nearby Walmart here in Alpine Township.  There they were met by other deputies who escorted the kids into the store and helped them spend about $100 each on clothing essentials for themselves.  In addition, participants were able to spend another $20 for either another family member or purchase a present for themselves.  The $6,000 used for this project came from generous contributors in the community.  Kids also ate donuts, received Junior Deputy t-shirts, and had the opportunity to have their picture taken with the deputy and Santa Claus.
An identical program took place later in the morning at the 28th Street Walmart.
﻿
﻿
﻿
﻿﻿ 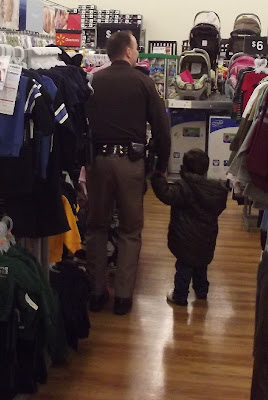 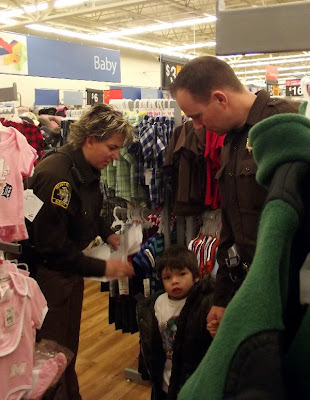 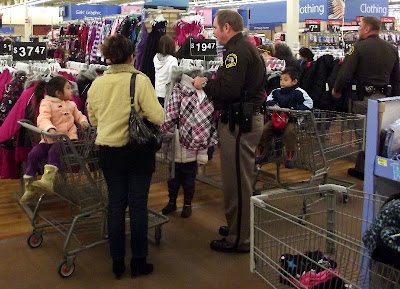 Following re some pictures with Santa 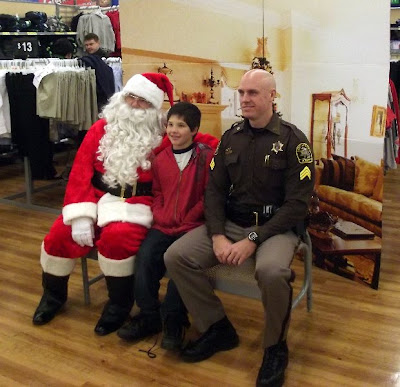 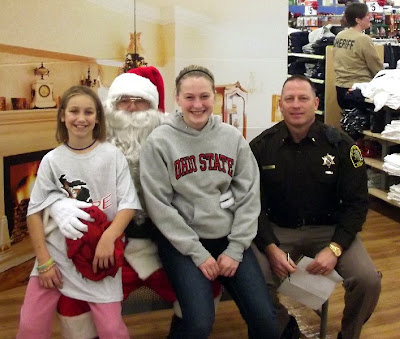 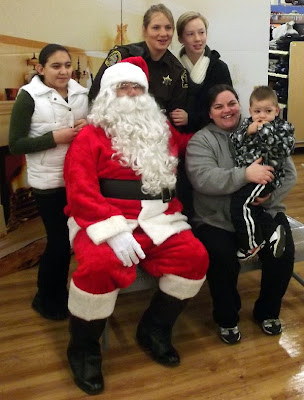 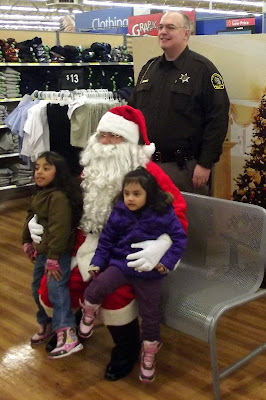 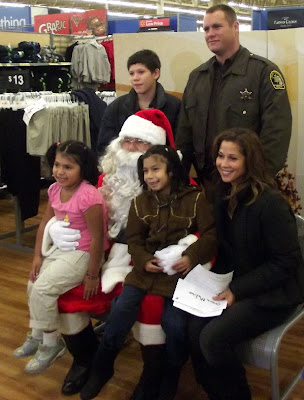 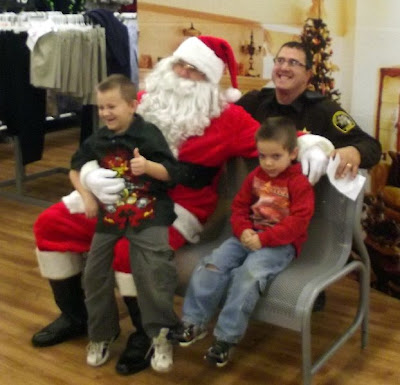 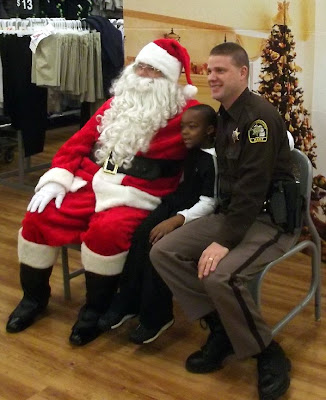 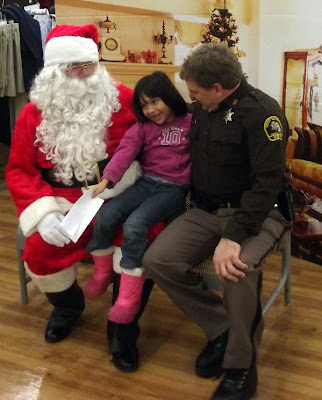 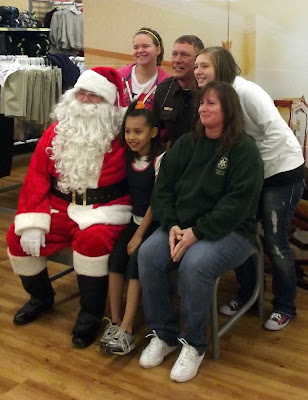 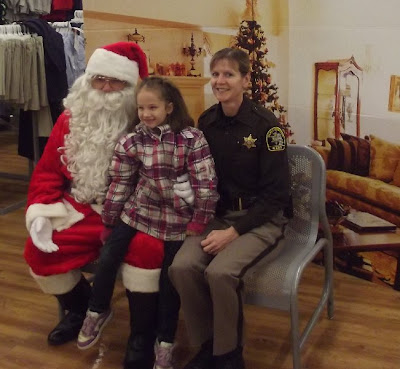 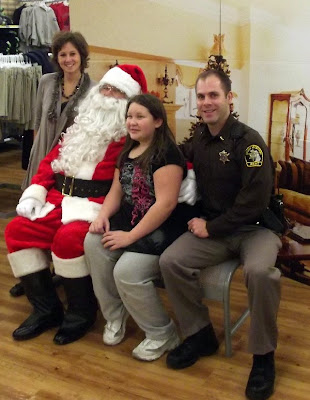 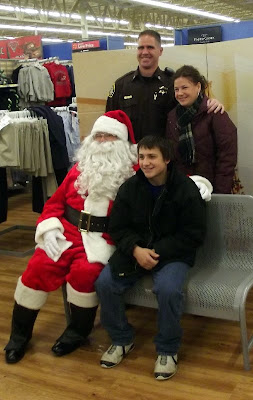 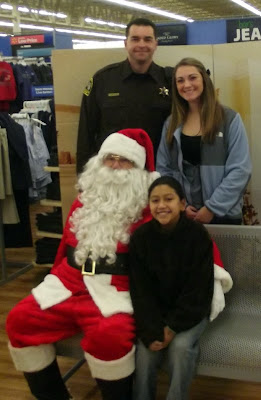 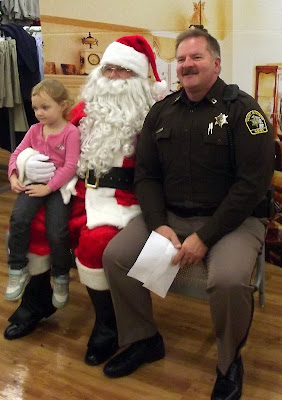 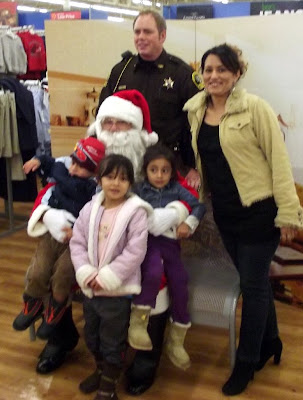 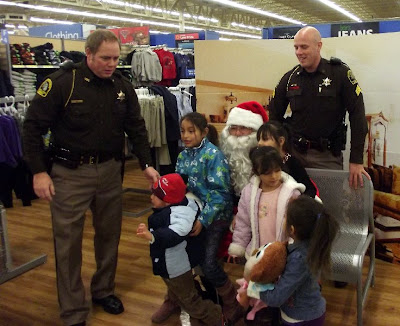 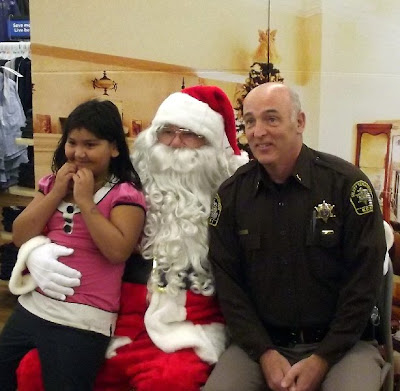 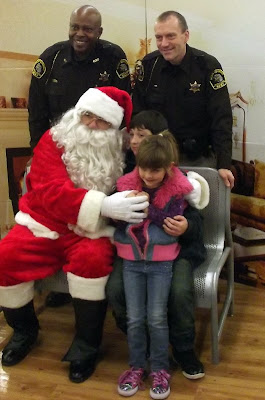 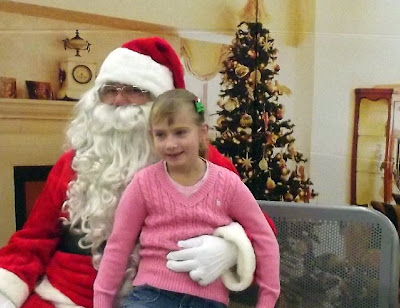 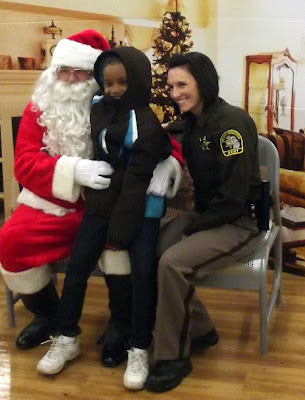 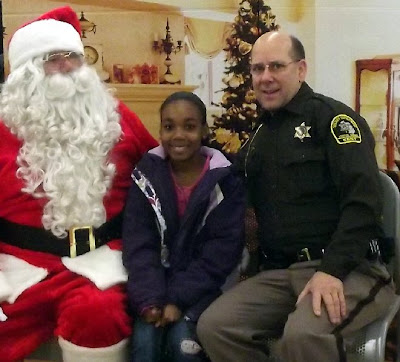 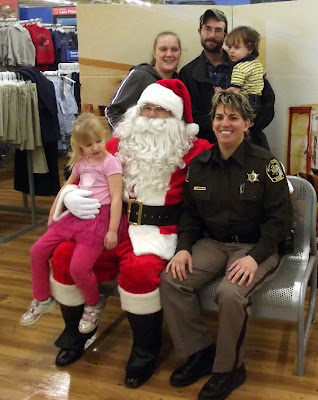