About seventy firefighters from within the West Michigan area were on hand today at the Alpine Township Center to honor their fellow and former comrades who passed away over the passed year.  The bell tolled, each time a representative from about thirty fire departments read off the names of those who once were firefighters.  It was to honor those who served their communities at one time or another and have now passed away.   After the brief ceremony, the entourage of about thirty fire trucks drove in silence, with lights flashing, through one of the residential neighborhoods in Alpine Township and ended up at Fifth Third Ball Park, where spectators enjoyed cider and donuts, and the opportunities to view some of the fire apparatus first hand. This was the tenth year for this program and the first time it was conducted in Alpine Township.  It is run in conjunction with Fire Prevention Week.  The ceremony was witnessed by an audience of about fifty people, and numerous people also line the streets along the parade route. 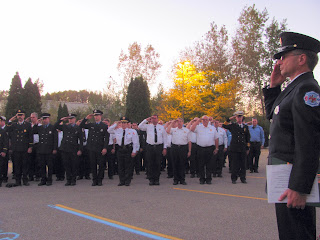 Chaplain Jerry Roersma in forefront as flag is being lowered. 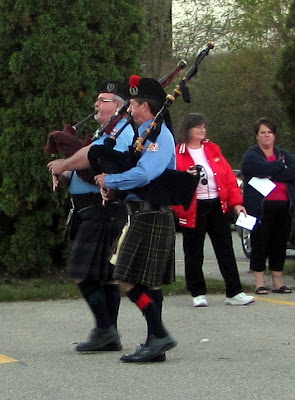 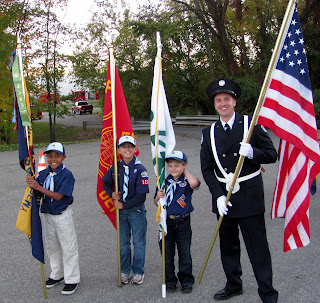 They came in single file 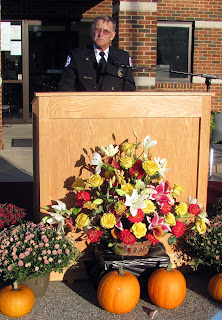