Few if any will ever forget the morning of September 11, 2002.  Nearly 3,000 people died that day as the direct result of  one of the most horrific assaults on innocent victims ever penetrated  on United States soil by foreign nationals.
On this day our thoughts and prayers are with the family of the victims and of those who died or were injured trying to help victims survive. 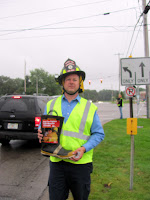 On this day, September 11, 2010 Alpine Township Fire Fighters showed up in full force to give drivers along Alpine Ave and Four Mile Road the boot.  The boot was filled a number of times by generous drivers  in a successful effort to raise funds for Muscular Dystrophy. 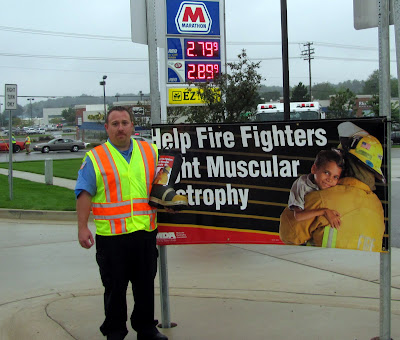 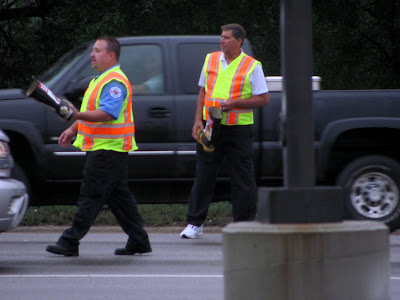