ALPINE TOWNSHIP — Walker Fire Chief Bob Walker, tears welling in his eyes, managed to get out four words Thursday night before his voice broke as he spoke at the 11th annual Silent Night Memorial Service.
Earlier in the day, Walker Police Officer Trevor Slot was killed as he prepared to place spike strips on I-96 to stop oncoming alleged bank robbers as they fled police. Authorities said the alleged robbers deliberately ran over Slot, who died on scene.
Such a tragedy hit home for Chief Walker the dozens of fire personnel who gathered at Thursday's 11th annual service at Alpine Township Hall, 5255 Alpine Ave. NW, to remember comrades who died in action and through other causes.
The chief's voice wavered as he spoke: "It's been a tough day."
"And tonight we gather to remember those members of each of our fire departments who passed away this year after serving our communities for many years," Walker said before asking Silent Night attendees to observe a moment of silence.
Nearly 200 fire personnel, family and friends gathered for this year's service. Though not a firefighter, Slot's death "drastically changed the tone of the event," said Alpine Township Supervisor Alex Arends.
"Every day he put on his uniform, (Slot) put his life on the line. They won’t remember him because of the way he died, but they’re going to remember him for the way that he lived," Arends said during remarks at the service's start. "They, like you, put their life on the line every time they put on their uniform. ... We are here today to celebrate and remember the way they lived."
Steady rain fell outside the Township Hall as the service proceeded.
At one point, a member of each of the 15 participating area departments announced their department's presence. If a past member of a department's personnel died within the past 12 months, their name was spoken, and a bell tolled once.

After the departments were announced, the fire personnel saluted as the "Last Alarm," three series of five tolls signifying the death of a comrade, rang out.

"I would like to suggest that we also take time tonight to support the men and women that are serving and protecting our community," Chief Walker said. "As those who are being honored tonight, these current firefighters count it a privilege just to do their job."


The service concluded with a parade of fire engines from the Township Hall to Fifth Third Ballpark. The engines turned on their lights, but blared no sirens, in a silent salute.
--
Zane McMillin can be reached through email and Twitter. 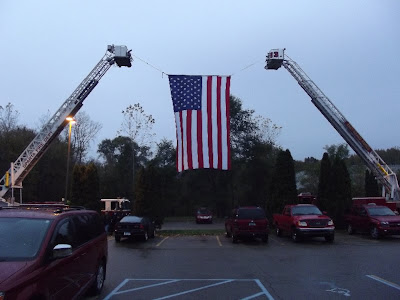 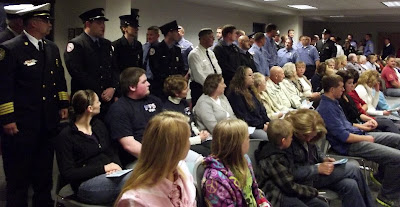 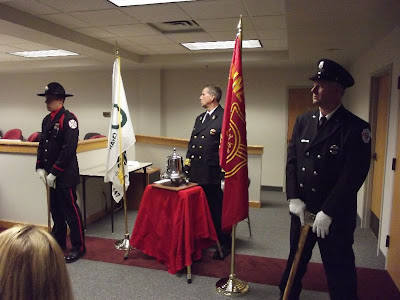 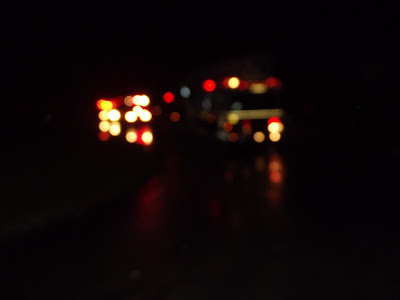 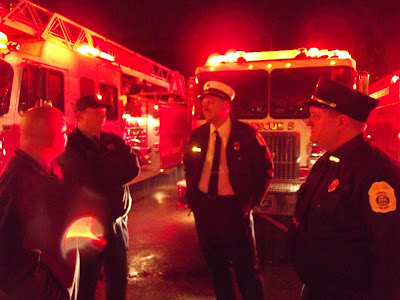 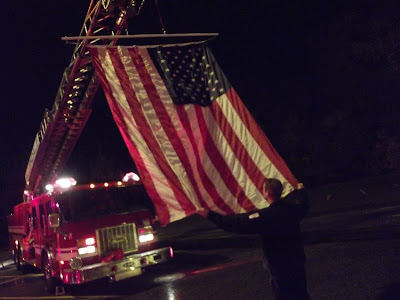 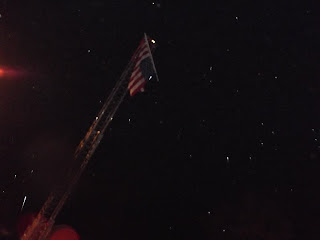 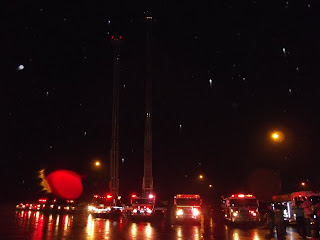