The Kent County Farm Bureau's annual Legislative Pig Roast was hosted by Alpine Towship Trustee and Farm Bureau Director Jim May. Most Federal and State legislators were represented at the event, as well as numerous County and Township officials. The theme was "Animal Care" and a panel of speakers addressed both the care of animals on the farm, and the care of animals at the slaughterhouse. 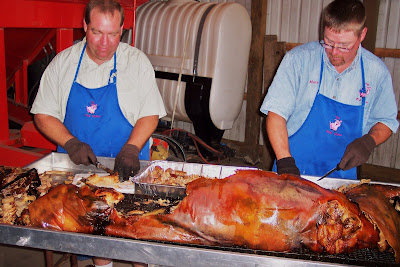 Michigan Senate Bill 655 and Michigan House Bill 4127 recently passed the Agricultural Committee (7-1). The bills are supported by the Michigan Farm Bureau and many other agriculturally related trade organizations. This legislation would clarify that the Michigan Department of Agriculture and the Michigan Agricultural Commission are the sole authorities for the regulation of livestock health and welfare in Michigan. Supporters feel that this legislation will guarantee comprehensive, balanced and scientific animal care for Michigan. Supporters of this bill also stress the need for the agricultural community itself to establish legislation, as compared to being regulated by animal rights groups and other third parties. Not all at the event showed support for the bill, citing concern over agribusiness and small farms having to pay "third party entities" to audit and certify their compliance with these industry standards"

The event provided a great opportunity of networking between Kent County farmers and local and state officials. 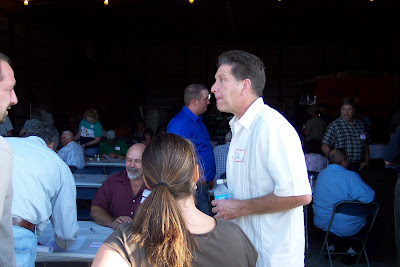 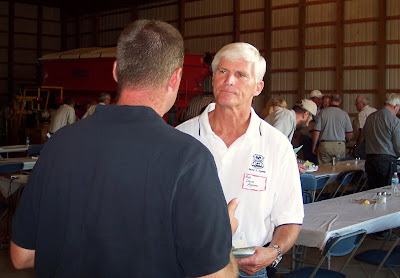 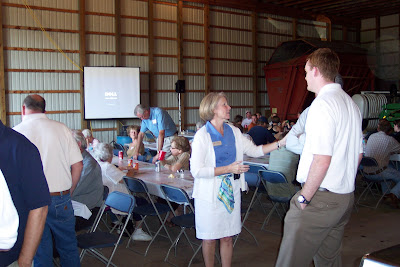