Earlier this year, Merlin Kraft committed to do a presentation about German Prisoners of War for the Alpine Township Historical Society but sadly Merlin passed away earlier this year.  Just the same, his grandson was on hand to share some of the stories Merlin had recorded.  More than 30 people were on hand to listen to Merlin's stories, some from as far away as Lansing and Owosso.
Some were still old enough to remember.  One recalled his recollections from when he was 5 years old, another person recalled some incidents from when he was 13.  Still many others shared what their parents experienced. Most had fond memories of the time and of the prisoners.
A number of prisoners captured at the North African front, some who fought for Rommel, were brought to a number of places in Michigan, including Sparta and Alpine Township.  They were hard workers, polite, educated, and at the same time lonely for their family and their fatherland.  The Prisoner of Wars were here for barely a month before transported elsewhere,  but they assisted in picking what is believed to have been a big crop of apples in 1944.  Prisoners included great soccer players, great cooks, as well as others with professional qualities.  They were never considered dangerous, but fraternizing was not allowed although this rule was not always adhered to.  They often sang the song Lillie Marlene but they despised Marilyn Dietrich because she betrayed the fatherland.
Following the presentation, many in the audience went on a walking tour.  Following are some pictures of the meeting as well from some of the publications on display. 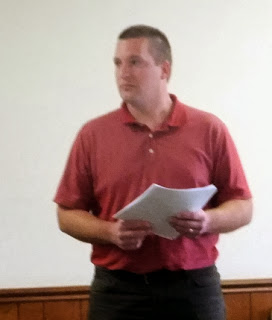 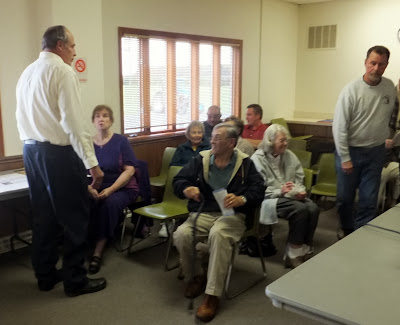 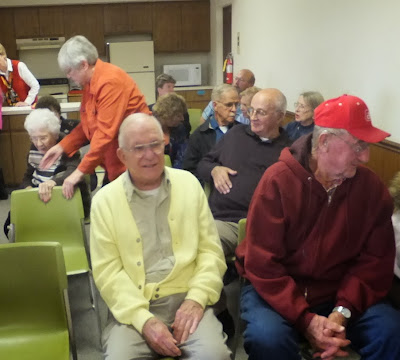 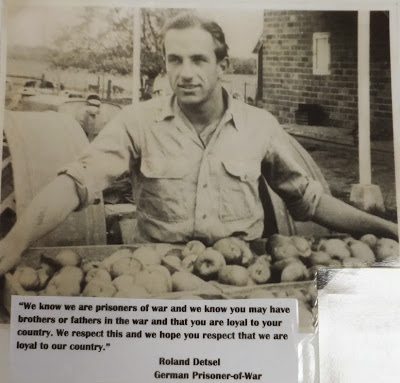 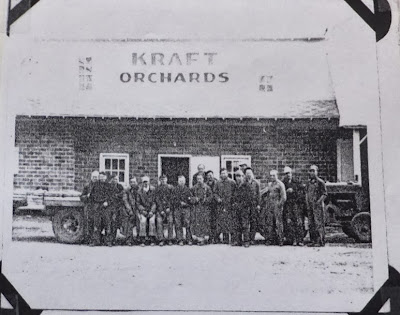