Congratulations to the select team of the Migrant Soccer League of Michigan (Liga de Futbol De Inmegrantes De Michigan).  A group of select players from the Alpine Township based league beat a group of select players from HART, Saturday.  The game was at the Jaycee Park on 28th Street.  The score was 5-0 and had to be called early because of severe weather.  The team will play next at the Alpine Township Recreational Complex on Saturday, June 30th, time to be announced.  More information and photos on the league's facebook. The 10 team league plays at Alpine Township on Sundays. The park is located on the corner of Alpine Church Road and Bristol. 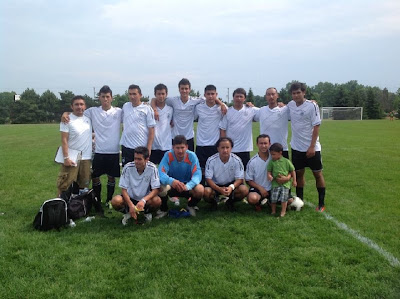