Many of us were disheartened when the Thai Food Restaurant at 4022 Alpine Ave NW closed its doors this winter.  It did not take long, however, for a new tenant to sign a lease and within the next few weeks, Alpine Township will feature it's first restaurant serving Mediterranean dishes.  "Le kabob" as the new restaurant is called, will offer full entrees, combos, sandwiches as well as healthy drinks.  Sandwiches run around $3.99 and entrees range from $10.99 to $16.00.  Restaurant manager Ali helped operate a "Le Kabob" restaurant in Lake Orion, Michigan of which he is a part owner, and  he was excited to move his family to West Michigan and begin another venture. The restaurant will be opening soon, as will its website at www.lekabobgr.com. 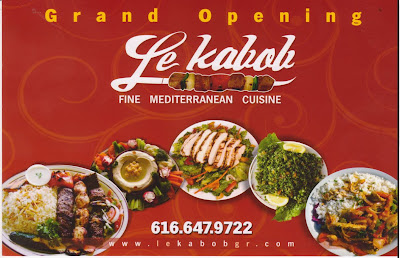 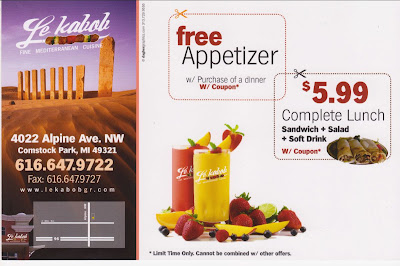