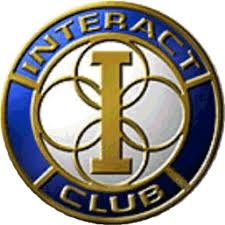 That was the advice offered to members of the Kenowa Hills Interact Club by keynote speaker Doug Mealey at Tuesday night Charter Night Banquet held at Kenowa Hills Junior High and sponsored by the Comstock Park Rotary.
The club not only received its charter, but was also presented with a Citation from International Rotary President Ron Burton for the projects they have been involved in over the past year.
According to Laura Fair, biology teacher and Interact Coordinator, the club has been in operation since 2011, known as TOG (The Opportunity Group).  In 2012 they began affiliation with Rotary and it's high school affiliate know as Interact.  The club has not only completed many  local projects but has participated in International Projects as well, some of its members actually helping to install water filters in Central America.  Club membership now ranks over 70 students.
A big thanks to both Superintendent Jerry Hopkins, and Laura Fair for the enthusiasm, passion and willingness to allow Kenowa Hills students to make difference in this world.
Also recognized were last year's Interact President Yesenia Lopez and Vice President Chris Castro, both graduated and unavailable.