As we approach Memorial Day, please set aside a few moments this weekend to honor all those who served in the armed services,
In Alpine Township, we pay tribute by recognizing those men and women who served in the Armed Forces and are buried in Alpine Township cemeteries.  There will be a short ceremony at Pine Grove Cemetery, 6200 Vinton N.W. on Memorial Day, Monday May 30 at 11:00 a.m.  You are encouraged to attend and we recommend you bring a lawn chair.

Those of us who served are well aware that the Chief Commanding Officer of the military is the President of the United States.  Following is the current Commander in Chief's 2011's Memorial Day's Declaration.

For over two centuries, brave men and women have laid down their lives in defense of our great Nation. These heroes have made the ultimate sacrifice so we may uphold the ideals we all cherish. On this Memorial Day, we honor the generations of Americans who have fought and died to defend our freedom.
Today, all who wear the uniform of the United States carry with them the proud legacies of those who have made our Nation great, from the patriots who fought at Lexington and Concord to the troops who stormed the beaches at Normandy. Ordinary men and women of extraordinary courage have, since our earliest days, answered the call of duty with valor and unwavering devotion. From Gettysburg to Kandahar, America's sons and daughters have served with honor and distinction, securing our liberties and laying a foundation for lasting peace.
On this solemn day in which Americans unite in remembrance of our country's fallen, we also pray for our military personnel and their families, our veterans, and all who have lost loved ones. As a grateful Nation, we forever carry the selfless sacrifice of our fallen heroes in our hearts, and we share the task of caring for those they left behind.
In his second Inaugural Address, in the midst of the Civil War, President Lincoln called on our embattled Nation "to care for him who shall have borne the battle, and for his widow, and his orphan, to do all which may achieve and cherish a just, and a lasting peace, among ourselves, and with all nations." On this Memorial Day, and every day, we bear a heavy burden of responsibility to uphold the founding principles so many died defending. I call on all Americans to come together to honor the men and women who gave their lives so that we may live free, and to strive for a just and lasting peace in our world.
In honor of our fallen service members, the Congress, by a joint resolution approved May 11, 1950, as amended (36 U.S.C. 116), has requested the President issue a proclamation calling on the people of the United States to observe each Memorial Day as a day of prayer for permanent peace and designating a period on that day when the people of the United States might unite in prayer. The Congress, by Public Law 106-579, has also designated 3:00 p.m. local time on that day as a time for all Americans to observe, in their own way, the National Moment of Remembrance.
NOW, THEREFORE, I, BARACK OBAMA, President of the United States of America, do hereby proclaim Memorial Day, May 30, 2011, as a day of prayer for permanent peace, and I designate the hour beginning in each locality at 11:00 a.m. of that day as a time to unite in prayer. I also ask all Americans to observe the National Moment of Remembrance beginning at 3:00 p.m. local time on Memorial Day.
I request the Governors of the United States and the Commonwealth of Puerto Rico, and the appropriate officials of all units of government, to direct that the flag be flown at half-staff until noon on this Memorial Day on all buildings, grounds, and naval vessels throughout the United States and in all areas under its jurisdiction and control. I also request the people of the United States to display the flag at half-staff from their homes for the customary forenoon period.
IN WITNESS WHEREOF, I have hereunto set my hand this
twenty-seventh day of May, in the year of our Lord two thousand eleven, and of the Independence of the United States of America the two hundred and thirty-fifth.
BARACK OBAMA 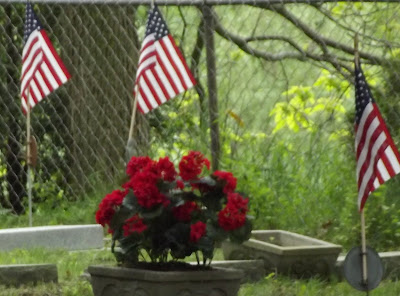