What was  once Daymon's and after a number of failed restaurant attempts became Gipper's  Sports Bar and Grill  was totally erased last year. With the opening of the  Five  Guys restaurant on September 15, the development that took its place will be totally occupied.  Also at this new locations is one of the most updated Verizon stores along with a Firehouse Sub shop and a Sherwin Williams Paint Store.  A great addition to the neighborhood! "Five Guys" is hiring. They are located at 3850 Alpine Ave N.W. Comstock Park. 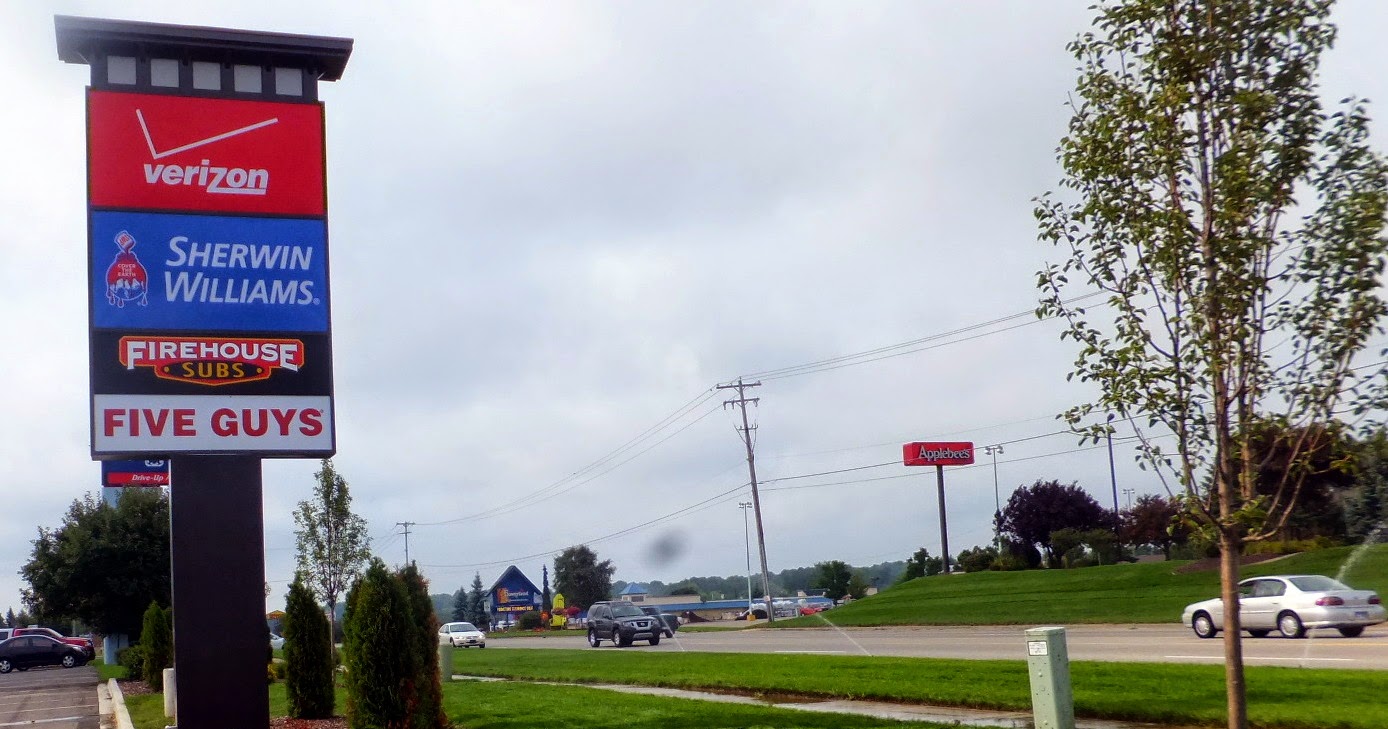 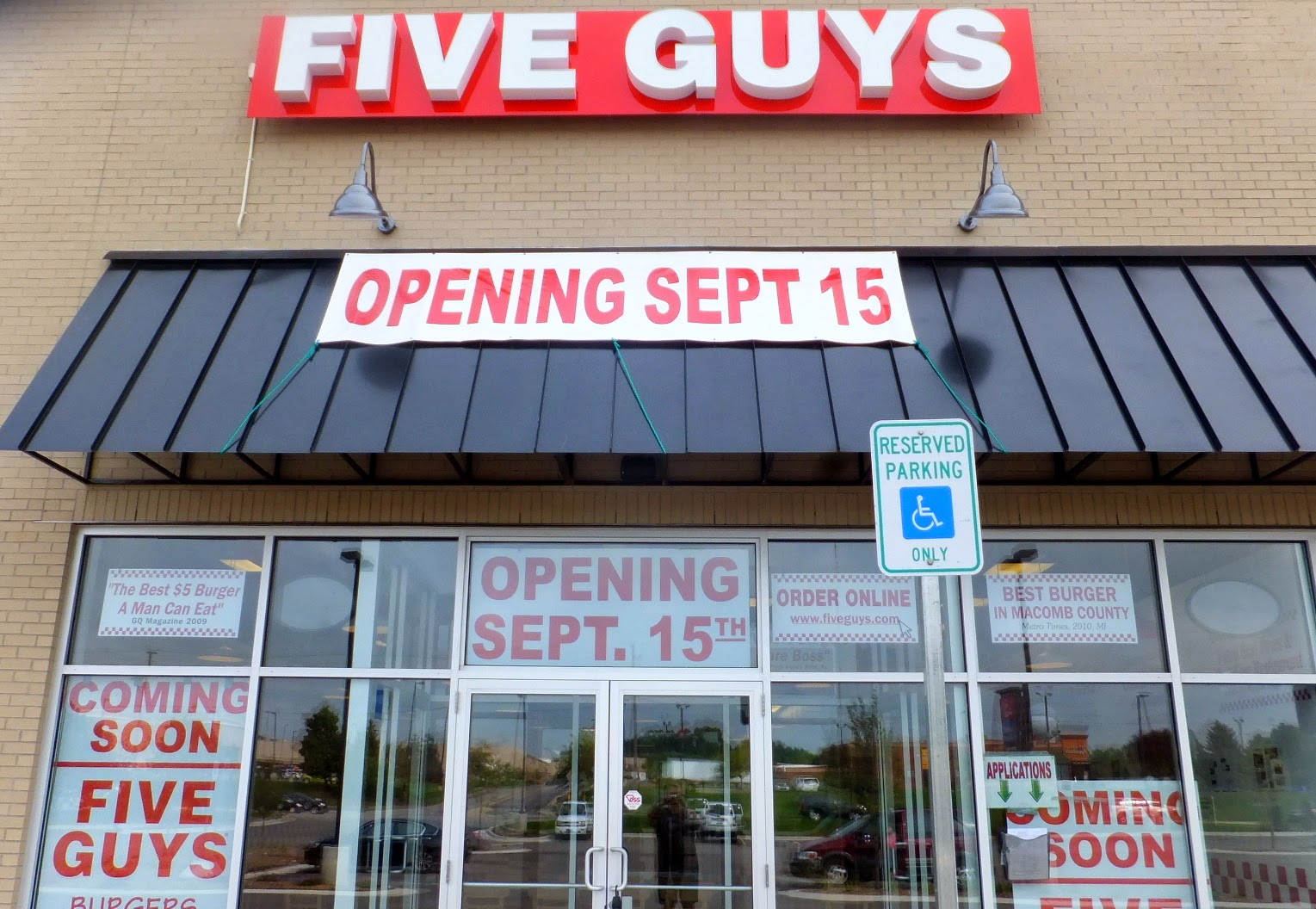