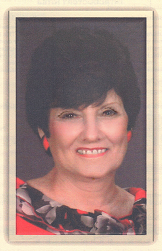 The danger of offering public recognition is that sooner or later you are going  unintentionally slight someone.  There are so many great stories in our Township.
One person who is entitled to such recognition is Pat Maguire. She was laid to rest today at Holy Trinity Cemetery at the age of 74.
Pat grew up on Alpine Church Road as Pat Scheidel and married George Maguire and settled in on 7 Mile Road.  She was devoted to her family and to her faith. She volunteered.  She became a fixture to those frequenting "Mr. Fables" (now Fricano's Pizza) where she worked as a hostess and became manager.
Pat was both well known and loved by the staff at Alpine Township.  After retirement, her and George performed janitorial duties at the Township Museum and Community Center located near their home.
More recently before she became ill, Pat and George could be found for breakfast with friends at the Filling Station after Church.  Pat had many friends and offered comfort to many before she herself suffered serious illness.
Perhaps an even larger influence was her singing.  Her beautiful voice lifted many spirits as she sang as part of the choir, song leader, or offering solos.
We have lost a wonderful person..  A choir of angels gained a beautiful voice.
at 1:41 PM