Sled Dogs and the Iditarod at Alpine Twp Library

Here are some of the facts absorbed by about 80 people who came to the Alpine Township Library Saturday to learn about sled dogs, Alaska, and the famous Iditarod Dog Sled race that is held in Alaska every March. It is believed the word "Iditarod" comes from the name of an Alaskan River and could mean either "clear water" or a "distant place".
The first Iditarod Race was in 1973. Although the race is over 1150 miles long, the race is officially 1,049 miles, since Alaska is the 49th state in the USA . The Iditarod trail goes from Anchorage to Nome. There is a northern route and a southern route; these are used on alternate years (north in even-numbered years). The race starts on the first Saturday in March and takes about 10 days to complete. The winning musher (dog sled racer) takes home a large cash prize; the last musher to finish the race extinguishes (and wins) a red lantern at the finish line. More can be learned at http://iditarod.com/about/trivia-facts/
To teach eager students young and old more about the race at the library was Mr. Dan (Anderson) who talked about sled dogs and also about the mushers (the drivers of the sled dogs.  Mr. Dan was a great hit and very knowledgeable.  He was accompanied by six sled dogs and at the end of the program he showed how the dogs were hooked up to the sleds.  Mr. Dan said that the team that took best care of their dogs were usually the ones that won the race.  The dogs who accompanied Mr. Dan were descendants of Balto, a Siberian Husky who was the lead dog in a mercy expedition to Nome Alaska where dying children were in need of medicine.  Balto remains famous.  If you missed this program and are interested it it, it is scheduled to be repeated at the Byron Center Library on Saturday February 2nd at 10:30 am. 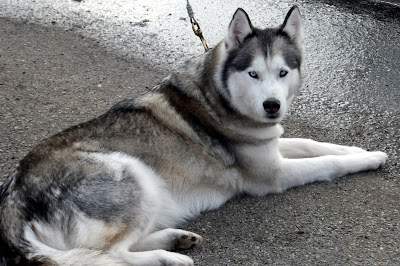 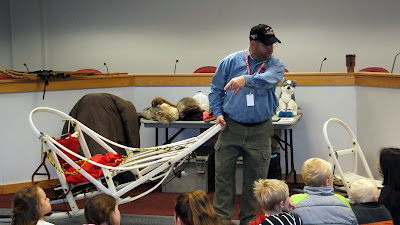 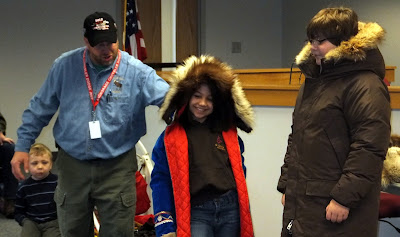 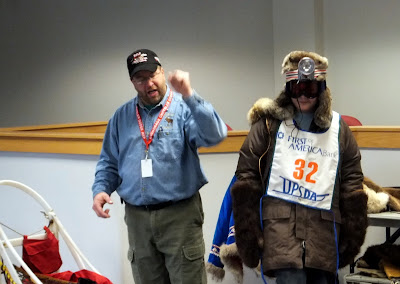 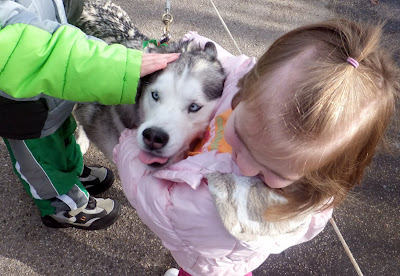 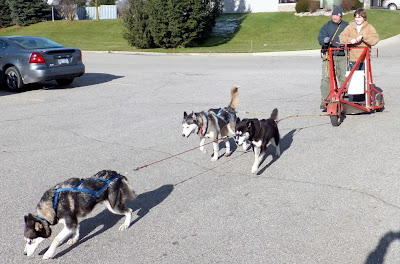