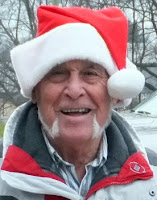 There was an alarm at the Alpine Township Hall early Saturday morning.  The report came in as a possible burglary but this was then quickly changed to Santa possibly being stuck in the chimney. Upon further investigation neither turned out to be true.  The Sheriff's department now believes that the Santa Girls dropped off some presents to be distributed to nearby families in the community and that Rotarians and friends who volunteered to deliver the presents inadvertently set off the alarm.  The confusion arose when one of the volunteers was dressed like Santa but he was quickly identified as an impersonator by doing a beard check. 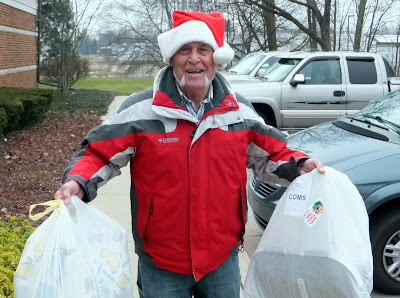 There were also reports Saturday of Santa being seen at  the Christmas Cookies sale at Zion Lutheran Church on Lamoreaux Ave but that report could not be confirmed.