"I am the Lorax, I speak for the trees" "I am the Lorax. I speak for the trees. I speak for the trees, for the trees have no tongues. And I'm asking you sir, at the top of my lungs - that thing! That horrible thing that I see! What's that thing you've made out of my truffula tree?"
"Yes, I am the Lorax who speaks for the trees, which you seem to be chopping as fast as you please. But I'm also in charge of the brown Bar-ba-loots, who played in the shade in their Bar-ba-loot suits and happily lived eating truffula fruits. Now, thanks to your hacking my trees to the ground, there's not enough truffula fruit to go 'round!"
These are quotes from "The Lorax", a book for children written by Dr. Seus in 1971 and brought to life again  this year in a computer animated 3D musical comedy film featuring Danny DeVito.
On Wednesday afternoon, several dozen children and family members at the Alpine Township Library were treated to arts and crafts and lots of fun and funny activities.  This included creating Truffula trees and pinning the mustache on the Lorax. They also viewed the original  Lorax movie that was created for television in 1972. 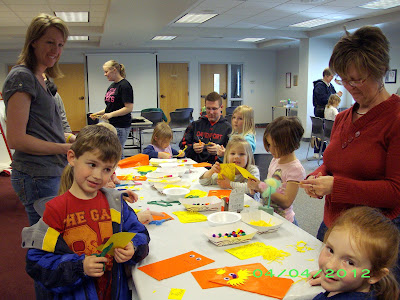 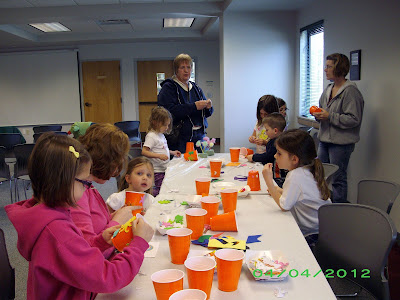 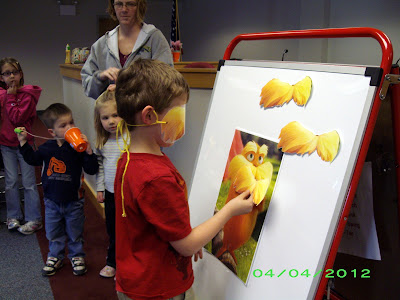 On Tuesday, the library offered Story Time to pre-schoolers.  The theme was Transportation and  Planes and Cars and Trucks and Boats and Trains and Bicycles.  Before the morning was over, those who had been sitting patiently through Story Time had the opportunity to become a vehicle of their choosing as they roamed around the room letting off lots of steam. 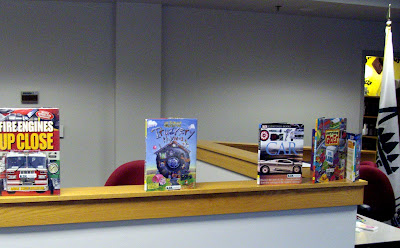 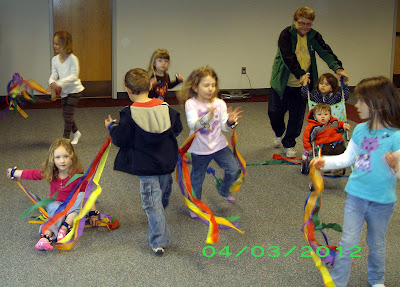 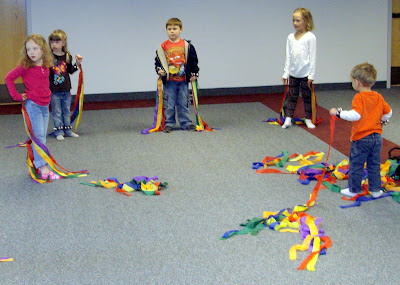